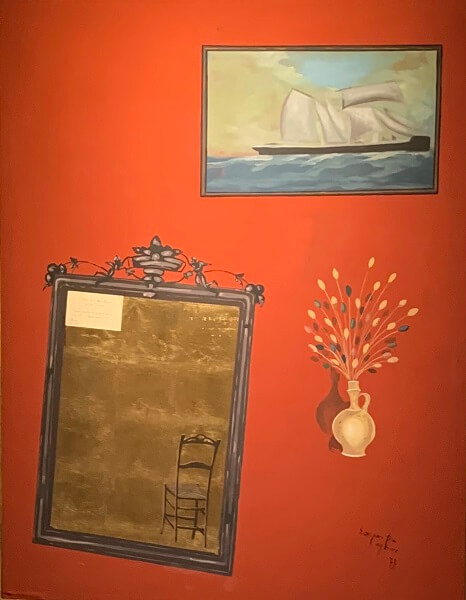 “Civilization is the derivative (product) of the city, the style of individual and collective life, which emerges when collectivity succeeds in operating as a polis. The historical event as well as the meaning of polis was created by Ancient Greeks. It was created by their need, not just by their thought.

Polis was neither an ephemeral creation of the Greeks’ common need that happened once nor a fixed, established achievement. It was the desideratum(the aim) of coexistence. With Greek polis, for the first time in history, the fulfilment of verity became the aim-objective-aspiration of collectivity. Verity does not mean correctness of reasoning, principles or wordings, verity for Greeks was immortality–veritable is whatever does not wear, does not change, does not die.

Is there “anything” immortal in the horizon of what humans may know, a “criterion of verity”? Yes, there is, replied the Greeks through the pen of Heraclitous. However, there is not “anything”, there is a way of being immortal – the way of administrating everything.
…So, polis is the daring enterprise-pursuit to make the collective coexistence of humans operate in the immortal way, the cosmic propriety way. The accomplishment of this goal constitutes the immortal and non-perishable beauty created by the people of polis; an achievement of existence “according to verity”. The enterprise of verity, as a result of polis, is called civilization.

…True creators in the field of Letters and Arts know that the endowment that has been given to them gives meaning to their existence.” *

*excerpt from the article of Christos Yannaras//Kathimerini Newspaper, 17/05/2020

Based on the article of Christos Yannaras, I embrace the literalness of the article regarding the ideal city and the product of the city which is civilization produced by true creators. Amid a time when collectivity is affected, this exhibition aims to enable the collective coexistence of humans in the immortal way.
Kalia Aidini

Works of art created by contemporary artists of the 20thand 21stcentury will be exhibited at Ersi Gallery from June 18 till September 12, 2020 at the group painting and sculpture exhibition entitled: